If you have a window screen that needs to be replaced, you have a couple of choices. You can have it professionally repaired or replaced for around $60 or do it yourself for about $20 or less.

Here’s how to do it yourself. 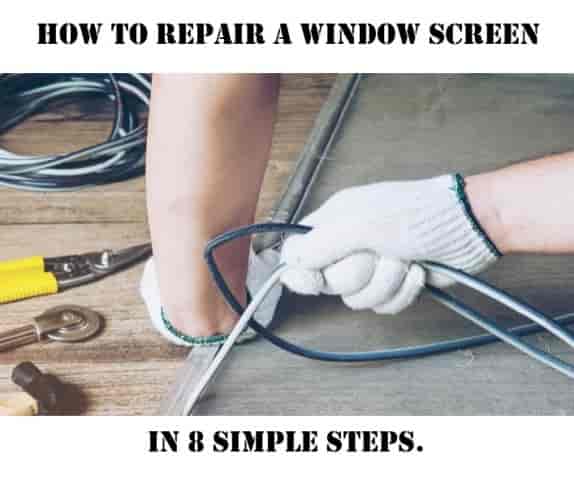 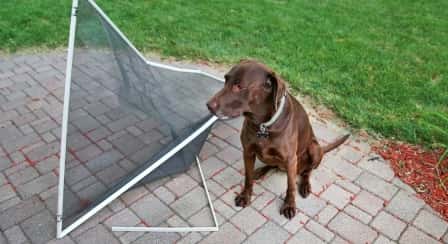 If you decide to replace your damaged window screen yourself, you will need six items: duct tape, a utility knife, a regular screwdriver, a screen roller, screen spline and screen mesh.

You can purchase these items as a kit for about $20.

Step 2 – Take the screen out of the window:

Once you have everything you need, you will start the process by removing the screen from the window (a screwdriver is handy for this).

Then lay the removed screen down on a large flat surface and duct tape the edges down so that the screen frame won’t move.

Step 4 – Remove the old screen from the screen frame

To remove the old screen, use the screwdriver to pry the old rubber spline out of the groove in the window frame. Throw the old screen and spline away and clean the groove that the spline and screen were in.

Step 5 – Size out and cut the new screen mesh:

Next cut a piece of screen mesh so it is the same shape as the frame, but about three inches wider than the frame on all four sides. Lay the screen mesh over the frame.

Then, starting with the end of the roll of spine and starting in a corner of the frame, use the convex (curved-out) end of the spline roller to push the new spline and screen mesh into the frame groove. Use the screwdriver to tightly, but gently secure the spline when you come to a corner.

When the spline is secured, use the concave (curved in) end of the spline roller on the just placed spline again to make sure it is snugly in place all around the frame.

Then use the utility knife to slowly and carefully cut away the excess screen mesh.

Step 8 – Replace the repaired screen into the window frame:

You are now finished replacing and repairing the screen mesh in your window screen and you can place the screen back in the window.

An editorial type comment from the writer: Replacing screen mesh in a screen is fairly simple but more time consuming than you might think.

Say you value your time at $100/hour. Then it would be easier to buy a new screen for around $30 (online). Here is a place I found to buy premade screens. I also found others to consider.

You could also have a handyman do it for you. Here are the 3 best handymen in the St George area.

Answer: It depends on what material is used for the screen in the first place. If it is plastic/nylon and the window faces south or west I would say 5 years or less. It will last longer if there is little sun to degrade it.

If the screen is made of aluminum mesh I haven’t yet seen one that is degraded. The plastic tabs in the corners of the windows will need to be replaced long before the aluminum screen needs to be replaced.

FAQ - Frequently Asked QuestionsQuestion: "What do you charge to wash windows?"  Answer: As of...

END_OF_DOCUMENT_TOKEN_TO_BE_REPLACED

How Is Glass Made? Plus 11 trivia facts about glass

I clean a lot of glass, but how is glass made? Glass is used everywhere. It is an integral part of...

END_OF_DOCUMENT_TOKEN_TO_BE_REPLACED

This page is about window washing robots.