I’ve lived in St George since 1999. It is a great place to live and I wouldn’t live anywhere else.

Here are some of the reasons why I like living here so much.

The beauty of the St George area is amazing

So much so that Zion National Park, one of the busiest National parks, is nearby. Nearly 4 million people visit Zion each year. There is a state park, Snow Canyon, that is within the city limits. Snow Canyon State Park is just across the highway from where I live. This park gets 800,000 visitors per year.

Although I may have become complacent, even driving up the highway to my home is amazing. The red rock formations, some topped with black lava, are stunning. And that’s just on my drive home.

When I look out my back door, I see huge white petrified sand dunes. 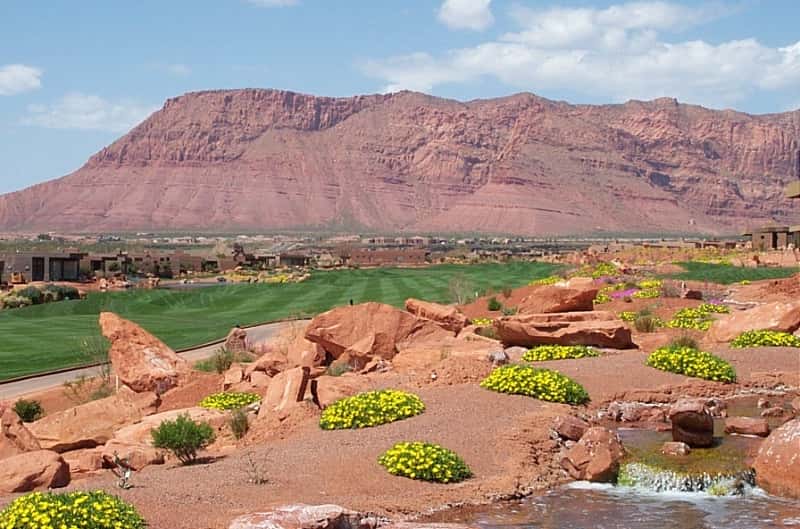 Washington county (where St George is located) has definite seasons. It is temperate during the spring and fall, with temperature highs of 60 to 90 degrees during the day.

During the winter, it gets cold enough that just about every day has a good chance of being below freezing. The area gets one or two snowstorms per year, however it is rarely cold enough for the snow to stick to the streets.

The coldest I’ve experienced here is 9 degrees and that cold snap killed a large percentage of the palm trees.

Summer is hot, but not boiling hot. I’ve lived in Phoenix and that was dangerously hot sometimes so I have a basis for my opinion. Daytime temperatures will usually be about 100 to 105 degrees. For a few days during July, the temperatures usually get above 110 degrees.

The area used to get several large thunderstorms each year, but that rarely happens now. For example, we just went through almost three years where we had no heavy rains. Just a sprinkle or two here and there.

A quick note about water. Although the area has enough water in the aquifers and streams to sustain the current population growth rate, long term, that can’t be the case. 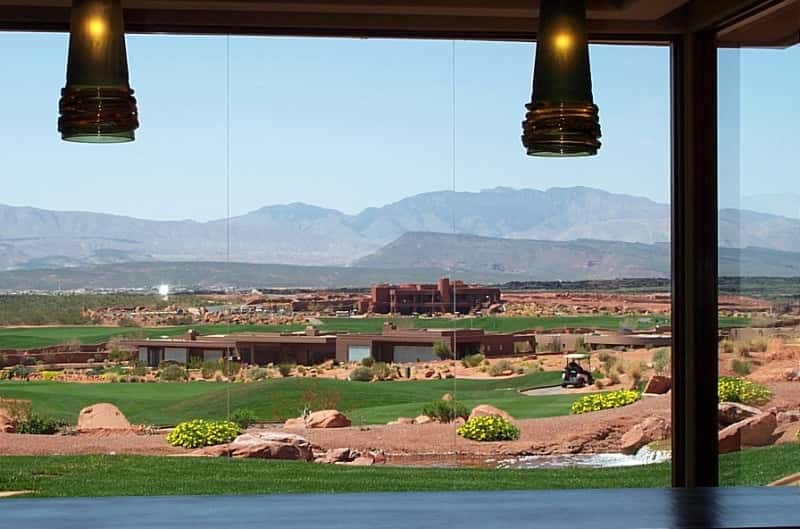 About the population of the St George area: Retirees and families

I’ve noticed an interesting growth pattern for the area. Most people that have recently moved here (that I run into at least) are from California. Nice, non-Mormon retired people.

The other people that move here are families. A majority of these families are Mormon families. To me, what this means is teenagers that are well behaved. Good kids, raised right by a mom and a dad, both living in the home.

So, the population is friendly and safe. 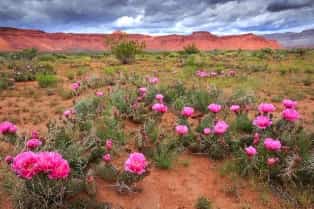 When I went online to find the St. George population numbers, the numbers were all over the place. As low as 95,000 and as high as 198,000. If I had to make a guess, I would say that the population is somewhere in between those numbers, say 150,000.

The population of Washington County (where St George is located) usually doubles every 10 years.

Several factors fueled that growth, including good climate, natural beauty, almost unlimited outdoor activities, good safe schools, and a safe, friendly community. I’m sure there are more, but those are the first things I thought of.

Growth of the city since I moved here

With that population growth comes the growth of retail stores and the number of restaurants. When I first moved here, there wasn’t a Target, Lowes, Home Depot, Barnes and Noble, Olive Garden, Red Robin to name only a few.

Of course, with that growth comes negatives. What I notice the most is traffic at the busiest intersections. Waiting to get across a busy intersection in your car may take three or four light changes.

The number of homeless beggars is also increasing. I will say our police do a good job of controlling begging, at least for now.

The local university, Dixie State, is growing like crazy. This year (2022) the number of students enrolled is about 12,000. To accommodate the growth, Dixie State University has built at least four large on-campus buildings since I moved here. Probably more.

A major increase in the number of studies available, especially tech and health sectors, fuels the growth.

Other factors of the growth are all the same reasons the St. George population is growing.

What it’s like to be a window cleaner in St George, UT

I’ve been cleaning windows since 2017.

The people I work for are kind and appreciative of the work I do for them.

Except for January, the weather is pleasant enough for outside work. I don’t mind being hot, so 11 months out of the year is great for cleaning windows.